You are here:
BlogsDigital Marketing Course 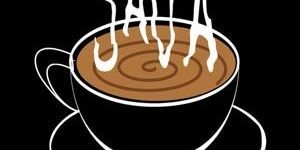 The good news is that Google beat Oracle in the latest fight over the right of developers to use application programming interfaces (API). The bad news is that Oracle will appeal the decision. Does Oracle know what it’s really asking for? You’d think that Oracle, which also uses open-source software, wouldn’t want to put barriers in the way of its use, but no! Instead, no sooner had the decision been handed down than Oracle general counsel Dorian Daley announced that the company would appeal the ruling to the U.S. Court of Appeals for the Federal Circuit. Daley proclaimed, “We strongly believe that Google developed Android by illegally copying core Java technology to rush into the mobile device market. Oracle brought this lawsuit to put a stop to Google’s illegal behavior.” Give me a break. In Android, Google uses 37 Java APIs. In case you’ve forgotten, Java has been open source since November 2006. Moreover, when Android first emerged a year later, Jonathan Schwartz, at the time the CEO of Sun, which was then Java’s owner, greeted the news of Android’s birth with “heartfelt congratulations.” Last, but never least, while the U.S. Court of Appeals for the Federal Circuit has ruled that APIs can be copyrighted, no one with a lick of sense about programming thinks this was a smart decision. All these APIs do is specify how software components interact with one another. There’s nothing in them to copyright. As copyright expert Peter Menell, a professor at UC-Berkeley School of Law, said: “Declaring code is not poetry.” The problem is that most lawyers aren’t programmers. For every Eben Moglen, co-author of GPLv3 and leading free and open-source software intellectual property attorney, there are a thousand more who don’t know the difference between a Google search and a blog. I pick that example deliberately because Oracle’s lead attorney, Peter Bicks, kept asking Schwartz about his “Google blog.” Say what? It turned out that what Bicks was actually talking about was Schwartz’s Google Alert, which he uses to see what’s being said about him on the Web. Wowser. As Electronic Frontier Foundation’s (EFF) activist Parker Higgins said, “Can you imagine prepping for this case as Oracle’s lead attorney and never knowing what a blog *is*?“ No, I can’t. The co-lead chair for Oracle’s case, Annette Hurst, even tried to make a case for how Oracle’s losing was going to fatally damage open-source software. Wow. Just wow. Hurst wrote, “The developer community may be celebrating today what it perceives as a victory in Oracle v. Google. Google won a verdict that an unauthorized, commercial, competitive, harmful use of software in billions of products is fair use.” She continued, “While we don’t know what ultimately swayed the jury, Google’s narrative boiled down to this: because the Java APIs have been open, any use of them was justified and all licensing restrictions should be disregarded. In other words, if you offer your software on an open and free basis, any use is fair use. If that narrative becomes the law of the land, you can kiss GPL (general public license) goodbye. I know literally hundreds of open-source software developers. Not one of them buys this theory. It’s not just open-source software that would be endangered if Oracle had its way. Take MS-DOS for example. It’s not a CP/M clone, but it was API-compatible with some CP/M calls. By Oracle’s logic, Digital Research could sue Microsoft for MS-DOS and Windows licensing fees dating back to 1981. Or that laptop or PC you’re reading this on? If Phoenix, which cloned the PC-BIOS APIs, hadn’t had its way, we might still be running IBM PCs with five-figure price tags. Heck, for that matter, while Relational Software, later Oracle, created the first commercial relational database manager (RDMBS), IBM’s experimental System R preceded it. Both were based on IBM researcher E.F. Codd’s description of an RDBMS in A Relational Model of Data for Large Shared Data Banks. Codd’s work is a true creative work, not merely a description of how things plug together, a.k.a. an API. If Oracle does win when all is said and done, perhaps IBM should consider suing Oracle for 37 years of back-licensing fees. Be careful what you wish for Oracle for. You may get it.

Fundamental of Affiliated Marketing the best 5 tip steps How to start your Business has success:
July 18, 2019